Your Dog Barking Out Of Control? Here’s What To Do

Constant dog barking is not only an irritation to the owner, but can also cause problems and even legal issues with neighbours! Find out the number one reason dog barking gets out of hand, and how to nip it in the bud.

How To Manage Your Dog’s Barking

Managing dog barking means understanding why they’re doing it in the first place. The biggest reason that dogs bark excessively is out of boredom, lack of physical and mental exercise, and feeling lonely. If your dog is left alone at home all day, and when you eventually do get in all you have the energy for is making dinner and plonking in front of the TV, your dog is going to become frustrated.

Making time to walk and exercise your dog is the very first thing that you must address when trying to reduce dog barking. While it may feel like a hassle or a chore, it really will make both of you feel better, and is a fantastic way to phase out from ‘work mode’ for you as well. Make it a part of your routine and your dog will feel more settled, and less likely to seek negative attention by barking continuously.

If your dog is getting enough exercise – and bear in mind that with some breeds such as the terriers, sheep and cattle herding breeds, and of course the long-distance runners like Huskies, need a lot of exercise – then your next step is to get at the underlying reason behind the dog barking behaviour. 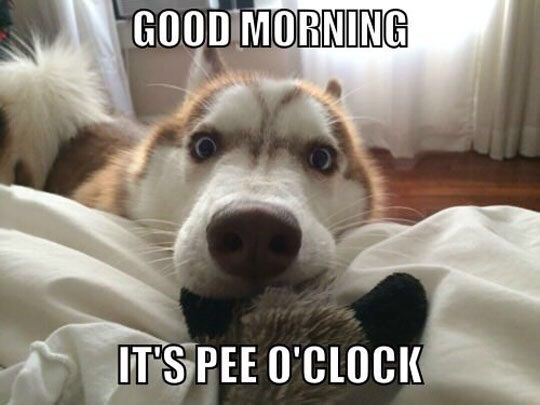 If you own a highly energetic dog, you might not actually be able to keep up with them! Consider going out on your bike with them if you’re really battling to give them enough exercise, and spend a good deal of time on games such as fetch where they can do most of the running. Get them to the local park to socialise with other dogs and playful puppies who can act as exercise buddies as well as providing mental stimulation and letting them act like the pack animals that they are.

Dog barking is primarily a form of communication – it may be related to genuine fear, an attempt to communicate discomfort, hunger or boredom. Essentially it’s a doggie distress signal, so trying to figure out if there is a common stimulus for the barking is your first step. Does your dog start barking when you do something such as lock them up to leave the house? Do they start barking when you kennel them up during crate training? If so the likely cause is that you’ve taught them that barking gets you to stick around a bit longer, or to offer them a treat like a homemade dog food snack or some more affection. You may be trying to placate them, but what you’ve done is started rewarding bad behaviour.

Read next:   Symptoms of Cancer in Dogs

If you yell at a dog when he’s barking, guess what? You’re barking too, and you might just have inadvertently created a new game. Make the effort to force yourself to at least appear to be calm and nonplussed, completely unimpressed by his barking.

Ask him to be quiet in a calm and assertive manner. If he does so, show some affection and offer praise or a treat. If he doesn’t stop barking, no reward until he gets it right, if only to take a breath if need be! Eventually he will get the connection that being quiet is associated with receiving good things, and barking means he gets ignored. 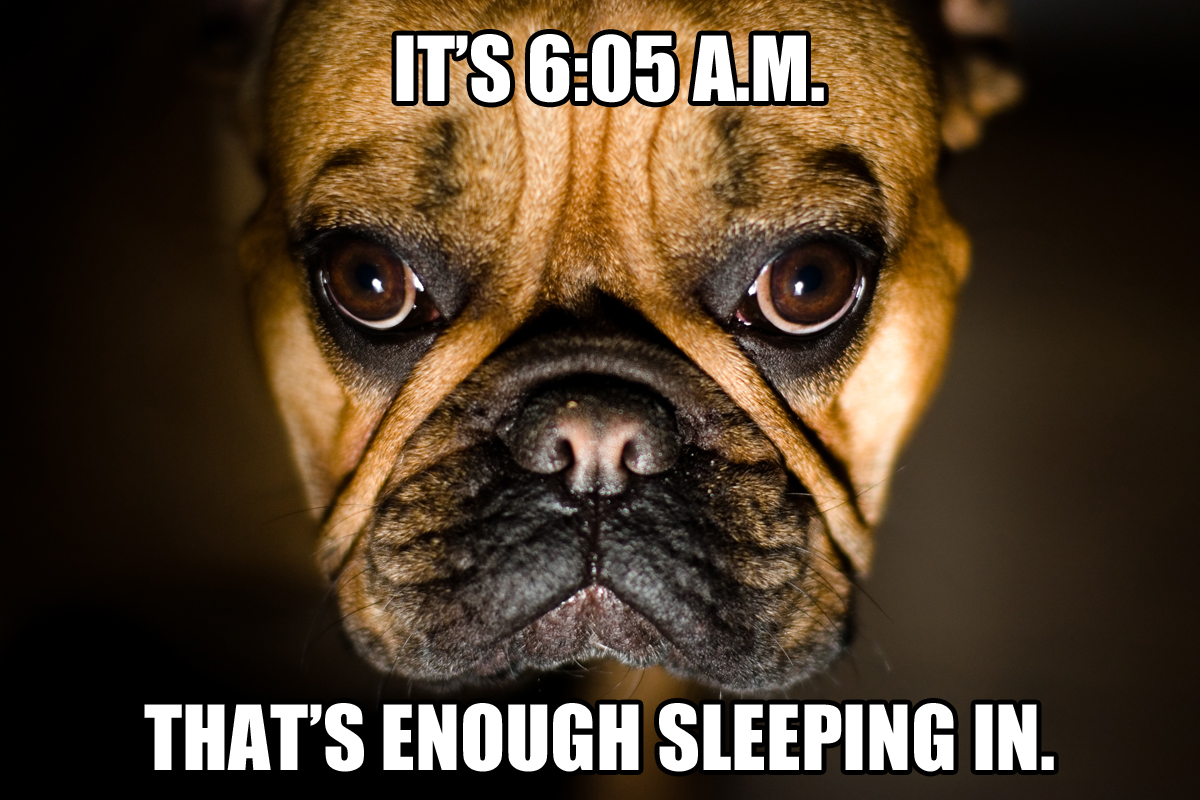 If you suspect that loneliness is the main contributing factor – you will know if your dog is particularly clingy or susceptible to separation anxiety – consider getting him a friend! Adopting an older, calmer dog from a shelter is a great way to bring a calming influence into the home. Or if you think lack of stimulation during the day is the issue, it may be well worth offering a neighbour the job of taking the dog out during the middle of the day for a break. There may be stay at home moms or dads, parents with older kids, or even retirees that could benefit just as much from the daily excursion as your dog. You could even get some of your neighbourhood watch members to start up a midday doggie ‘patrol’ that benefits the community, rather than having constant complaints from neighbours. Most local areas have their own Facebook groups too, so start there if you’re not sure where to look, or put an ad in the local paper.

If none of the above fit your dog barking problem, your pooch may simply be overenthusiastically guarding his territory; or if you have a nervous dog, he may even be genuinely afraid of people passing in the street or arriving at the door. Do what you can to limit how much of this activity he gets exposed to – screen off sections in the wall he can see though, or keep him locked out of rooms at the front of the house if the trigger appears to be people arriving at the door, and keep shutters or curtains closed. Bring him inside the house if the cause seems to be outside activity such as neighbours working in their gardens or next door’s dogs or cats.

Read next:   A Guide to Dog Minding 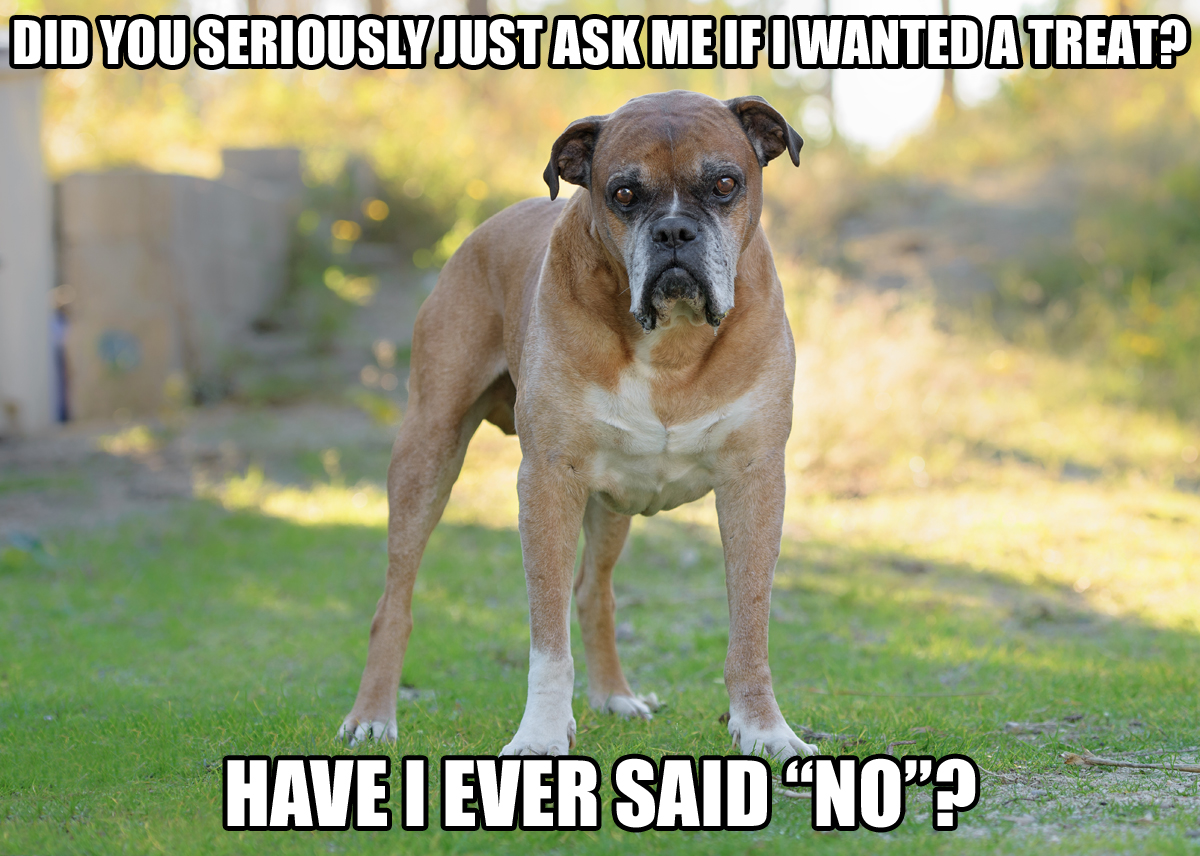 Leave him plenty of toys and distractions, and things to chew on. Try to get into the habit of giving a nice treat such as some raw dog food when you leave the house, so that he starts to associate you leaving for the day as less of a negative experience. Shock collars are certainly not recommended as they can easily lead to aggressive behaviour and undermine the relationship of trust you’re trying to build with your dog.

Focus on positive reinforcement when he gets it right, and wear him out with physical activity if you need to! Check all the boxes, and if you have the slightest suspicion make sure to check with your vet that the problem isn’t medical – some older dogs can get a little senile in their golden years and forget they’re barking! But fix your behaviour first, and make sure you are providing a balanced lifestyle for your dog before considering any other options.

How To Mend An Aquatic Glitch With Proper Pool Leak Detection 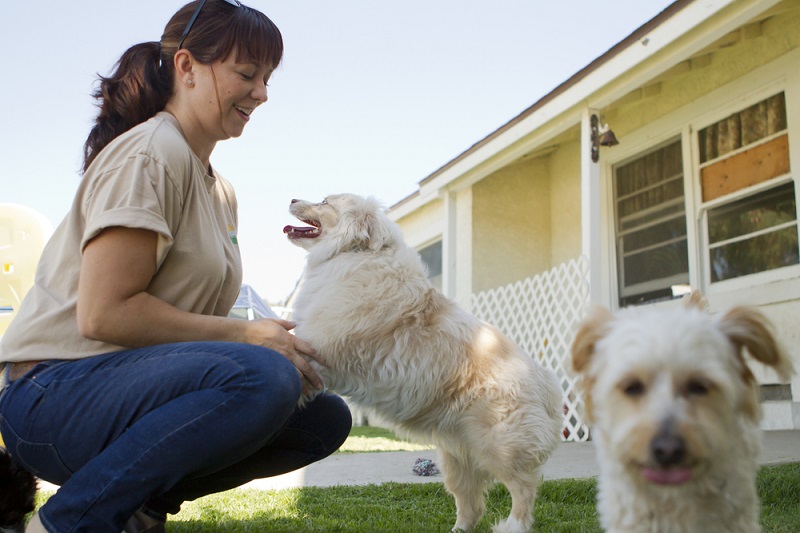 A Guide to Dog Minding

Are you looking out for a job that makes you happy and still pays well? Well, if you…
byMolly Crowe 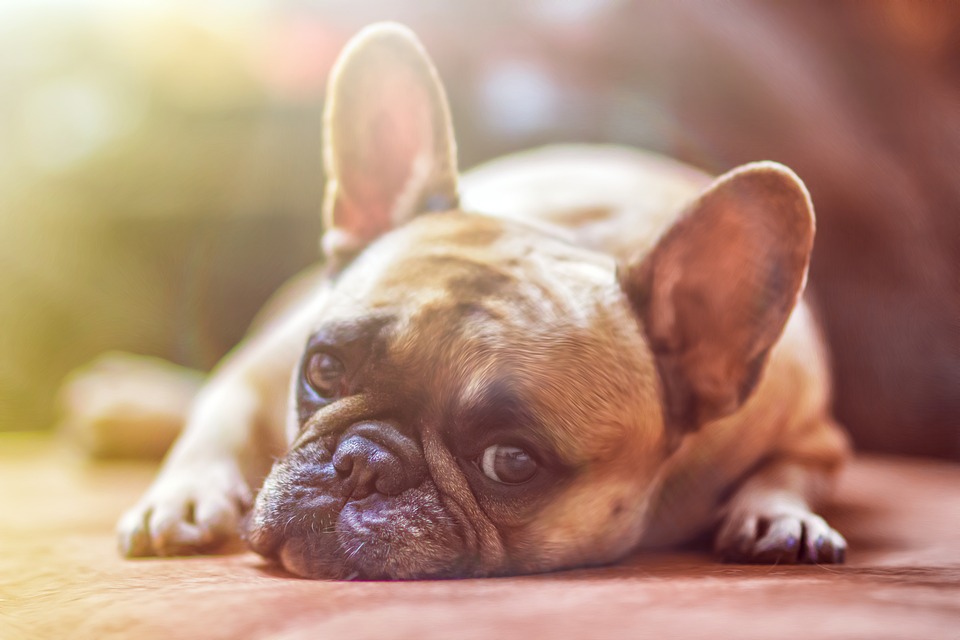 How to Help Motivate Your Dog for Better Training

Training your pet can be fun and difficult at the same time, but, only if you are able…
byDianaSmith 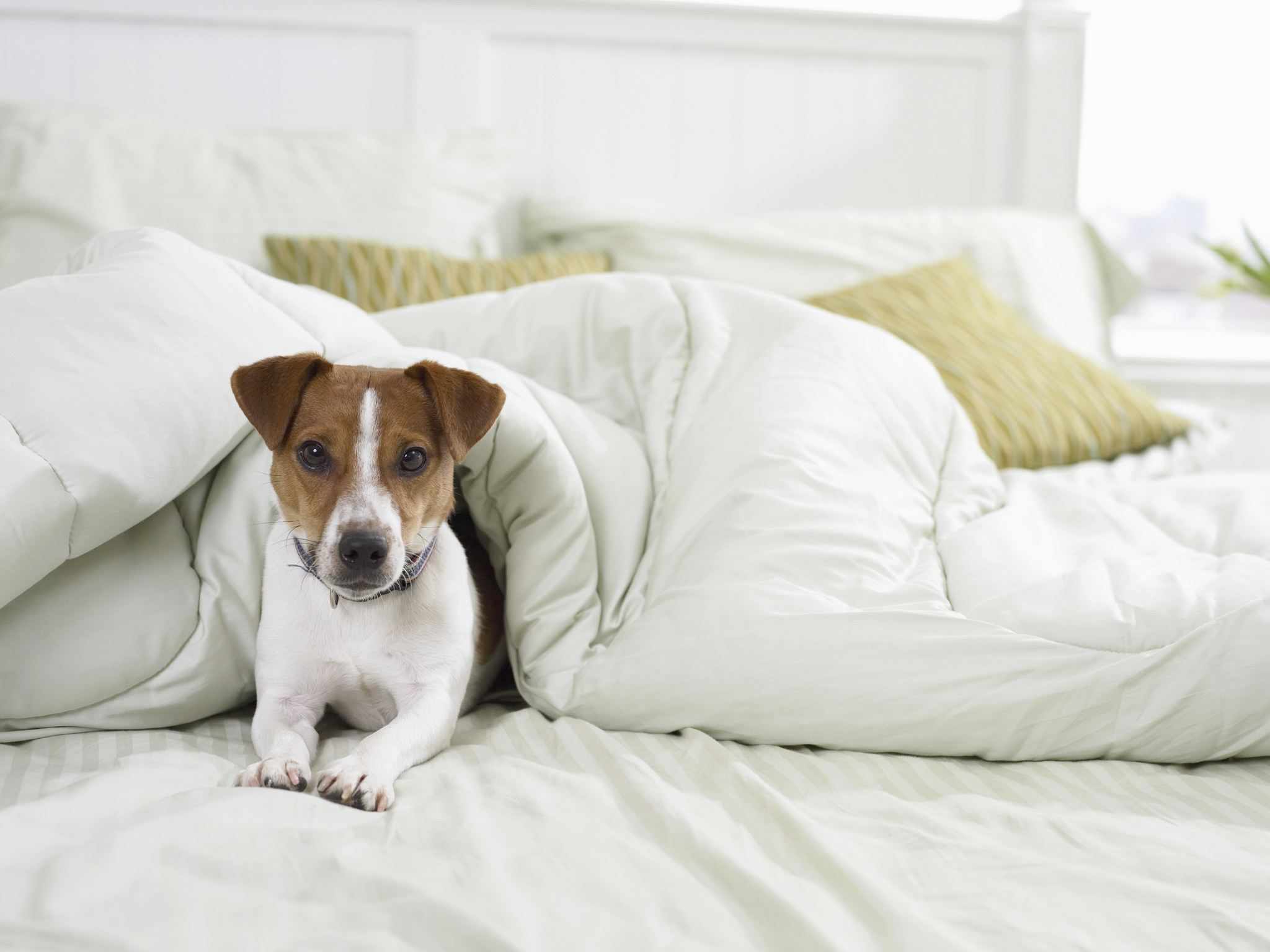 Guaranteed Benefits of Having A Dog

No matter how bad your day has been, when you get home, somebody is always happy to see you. You’re…
byLXP Editors 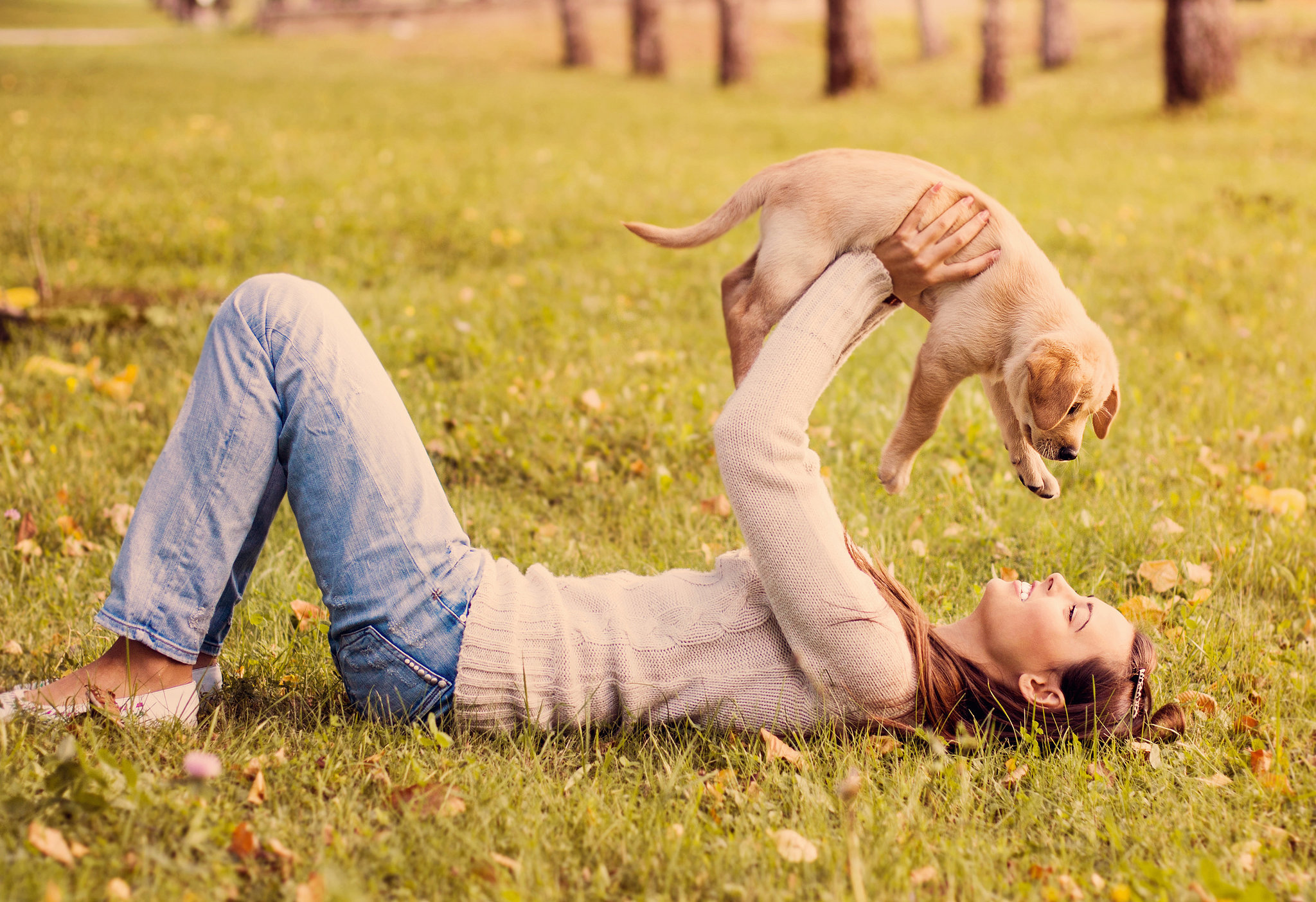 If you are a pet parent, it literally breaks your heart when you need to go out of…
byMolly Crowe
7 shares
1
0
6