The story is brought to you by LXP, but was originally posted by a young man (anonymous) in his late twenties. It’s a growth story that was originally a video. The author took down the video for personal reasons and we therefor will respect his choices and reasons for taking down the video. Here’s the story below, told from his perspective.

In this video I will be talking about anxiety in this video and my next two videos as well. I want to speak from a male perspective because I’ve just noticed a lot of anxiety vloggers are female. I want something that people, especially men can relate to. I’m gonna provide as much value as I can.

So, in this video I’m going to talk about what is anxiety and how do you know if you have anxiety.

In part two I’m gonna be talking about anxiety and how I overcame my disorder. I actually overcame it super fast.

Part three, I’m talking about my anxiety and how it can affect you as a programmer (which is my profession). Of course I’m not a medical professional, I’m not a doctor, I don’t claim to be. If you’re seeking any sort of treatment; go talk to your doctor.

What anxiety really is

So first question is what is anxiety? You already know it’s that uncomfortable feeling. It’s a bit hard to define. It is the inability to relax and it’s a sense that there’s a threat somewhere that you need to deal with or that is incoming.

The answer is: it depends anxiety is more of a spectrum rather than some sort of a boolean (yes or no).

So there’s two experiences that I want you to think over. Someone might think that, you know, “I have anxiety”, I’m going to go forward and seek treatment. So your experience is the severe inability to perform in certain situations that are essential. If you have a job where you need to be talking to people and you’re having a lot of trouble, you’re not able to look them in the eyes. You’re not able to open your mouth properly to speak properly. You’re shaking a little too much. That is an anxious symptom and you can definitely seek treatment for that and talk to your doctor.

Read next:   It's Better for You to Slow Down Than to Break Down

I am actually not like that, I’m more like type B. Person B is someone who has a baseline of anxiety and that’s me completely. I actually love vlogging, I love public speaking. When I was in middle school I would do all the assemblies and stuff. It was never really a problem for me. But my anxiety does not go away based on what’s happening in my life.

When I actually noticed that I had a mental disorder

So when did you notice that you had anxiety? Typically, like most people or most men, I actually didn’t notice that I had anxiety. Looking back it totally makes sense. What happened was I was starting to get severe teeth grinding. If you look at my teeth here they’re actually a bit less sharp than they should be. I am very lucky to catch my bruxism early on. A lot of people are unlucky and they have crying down teeth.

I have had bruxism for a long time though it was never bad. It was kind of on and off. Apparently I had it as a child too. Recently my mother was complaining that yeah I can literally hear you in the next room grinding your teeth. Which was very shocking to me. I was waking up with jaw pains and severely just constantly strained my jaw muscles to be honest.

I went to the doctor and talked to him about that. I said I’m grinding my teeth and I’m having severe nightmares. What should I do? He told me to get one of these mouth guards which will prevent me from basically grinding my teeth down. He also that told me that I have anxiety. Which just completely shocked me. I had never thought about that at all.

Getting treatment for my anxiety problem

So, I talked to him about my symptoms of being a type B person with the baseline and he prescribed me a “citalopram” aka “lexapro” aka “SIP relax”. I’ll say this, just a week after he prescribing that medication my anxiety was gone. I am someone who responded super well to that medication.

Read next:   Health Is Not Just About What You Eat

So how did that go about getting treatment? Well I’m gonna talk about it more in the next video. But, basically I just went to the doctor. You don’t have to go to a psychiatrist if you live in Canada. I talked to him and he basically said told me to try this medication for 30 days. I took that medication. Now all is said and done right there.

Anybody can suffer from anxiety

So, what I want to explain in this video is that if you’re suffering from anxiety really go out and take the advice or treatment. Take action now.

When I look at myself six months earlier I was a completely different person. I had low motivation, low drive, just constant anxiousness. I had trouble relaxing, trouble sleeping and I no longer suffer from that anymore.

Now that you’re out of my life I’m so much betterYou thought that I’d be weak without you,…
byLXP Editors

The question is a fascinating one since it prompts to a confused reply. So I development and ask…
byjoanbradman

The Woman After 40 – Advice Nutritionist, Doctor, Beautician, Psychologist, and Coach

Only note the fortieth anniversary, many women find that this extra weight. Previously, some dreamed score 2-3 kg…
byPulkit thakur 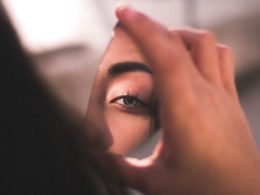 When You Don’t Know What To Choose, Choose Mental Health

All of us humans are unique. However, we share one trait that can get pretty challenging to deal…
byMaja Co