If you’re really sensitive and easily get emotional, I suggest you stop reading this post right now. Because if you’re planning to go take that road, and you thought it would be all fun and exciting… Chances are that you won’t be able to handle these devastating facts and this article will destroy you emotionally.

I don’t intend or mean to kill your dreams at all. All I’m going to do is get down to facts and hopefully make you realise whether or not this “entrepreneur lifestyle” is right for you. Because most entrepreneurs give up before they reach their potential success. I want to talk about the painful facts most entrepreneurs don’t talk about or read about.

This isn’t for people who expect entrepreneurship to be easy.

You can totally be successful without being an entrepreneur.

It doesn’t always take entrepreneurship to be successful. Success is ambiguous. So, what does success mean to you in first place? Because you have to stay true to yourself. Being successful today, is often associated with wealth while it’s really just about getting the most out of yourself. [tweet]You should stay focused on your goals but be flexible about your ways to get there.[/tweet]

Just because it’s cool to be a startup founder doesn’t mean you also have to be an entrepreneur and start a new company. If you’re an athlete, making millions and being sponsored by Nike means nothing when you have no track records and zero achievements in sports. Success isn’t about money either.

You Will Have To Make It Happen

With an emphasis on you. You will hear most entrepreneurs shout that “if you don’t work 14 hours a day, then you’re not working hard enough”. I disagree with that statement. But I’m not saying you shouldn’t work more hours. What I disagree with is saying that “the number of hours” matter.

Read next:   How I Dealt With A Burnout While Running My Business

Most entrepreneurs claim they’re – you know – entrepreneurs, therefor they’re working hard and probably even harder than anybody. That’s not the point. It doesn’t matter if you work 14 or even 18 hours per day, what matters is the outcome. Achieving something.

[tweet]You don’t necessarily have to work harder than everybody in the room. Work smarter[/tweet]

It doesn’t matter if you drive 150 miles an hour on the highway if I get there faster through shortcuts doing 90. If you made it happen in 250 days and someone else made it in 150 days then what’s the true difference here? Smarter moves.

See, most entrepreneurs want to prove themselves and show everybody that they wake up early and work more hours. But they tend to forget to work smarter every day, learn from mistakes and make tactical moves.

I know a person that has been calling himself an entrepreneur, a boss and a great mind for years, because “being rich and successful” is one of his life goals. Ok, that’s great. You need to have goals. I have no problem or whatsoever with the fact he says so himself. But I want to point out the fact that he’s been saying that for over 10 years but not doing anything to get closer to his goals. Matter of fact he hasn’t changed at all since he started claiming these things. That’s what’s wrong.

If I’m an investor, and you still didn’t prove your point after a decade, I would stop considering you. You’re not serious and you’re wasting everybody’s time. Yours included.

Thing is, it’s what you don’t do that screws with you later on.

So you need a plan to backup your vision. [tweet]Don’t be just claiming things, but let your actions speak instead[/tweet] You may not be super talented right now, but you can out work people who are (more) talented and also be more successful at what you do than they are.

It all comes down to execution and practicality.

So, what do you do with the available time? Talk or actually do the (smart) work? 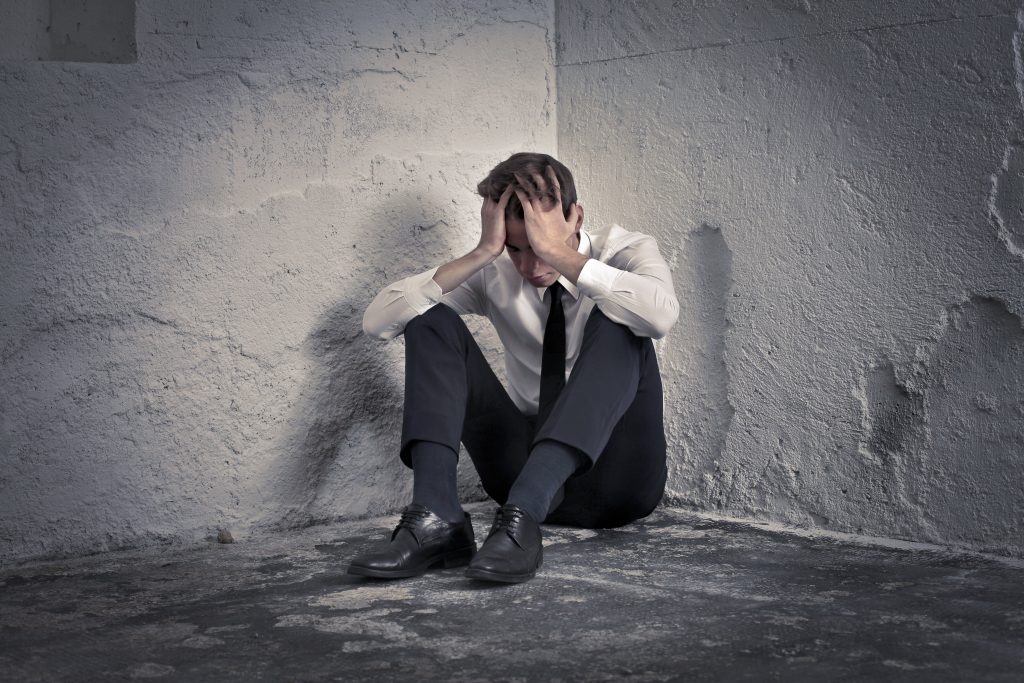 Nobody Cares About Your Feelings

Don’t expect anybody to agree with your vision. I know it hurts. That’s because it’s the truth. If your mind isn’t strong enough, entrepreneurship will take you to dark emotional places.

Nobody really cares until you make it. Some people still won’t care after you make it. That’s the truth. You will gradually understand that people have their own problems and situations to deal with. Even close friends and relatives don’t really support you all the time. And they shouldn’t. If you chose to go down this path, if you haven’t realised yet, you’re on your own.

It doesn’t necessarily mean that people close to you do not love you or don’t want you to succeed, no. What it means is that they don’t care about it as much as you do. It’s your battle, your fight. Friends and family can throw in some punches for you from time to time, but all fights are yours. They didn’t sign up for the championship, you did.

Don’t cry about the fact that nobody’s supporting you, even when you ask for support. It’s really not that bad after all. And you should understand that in some cases it’s even better for you to work alone to defend your vision. Including too many people could change your dream and turn it into something else.

YOU have to want it bad. Be and stay motivated to pursue your goals as bad as you want to breath. That’s how winning is done.

You either win or lose in the entrepreneurial arena. Let your actions dictate instead of complaining that you’re not in control. Do something about it.

And I personally think you should also hate the concept of complaining. Like, what good does it bring anyway? If you complain about what you want professionally, there’s a way to fix it : work harder and work smarter. Even Jeff Bezos says ; “complaining is not a strategy“. Since it’s not useful in business or self-improvement, we have to admit that it’s a complete waste of time.

Be Ready To Lose Everything

Wait. I’m not saying you or most entrepreneur should risk everything. What I’m saying is that you could lose everything, from friends to relatives, to romantic relationships, to money.

The longer it takes, the harder it becomes to believe in your vision. 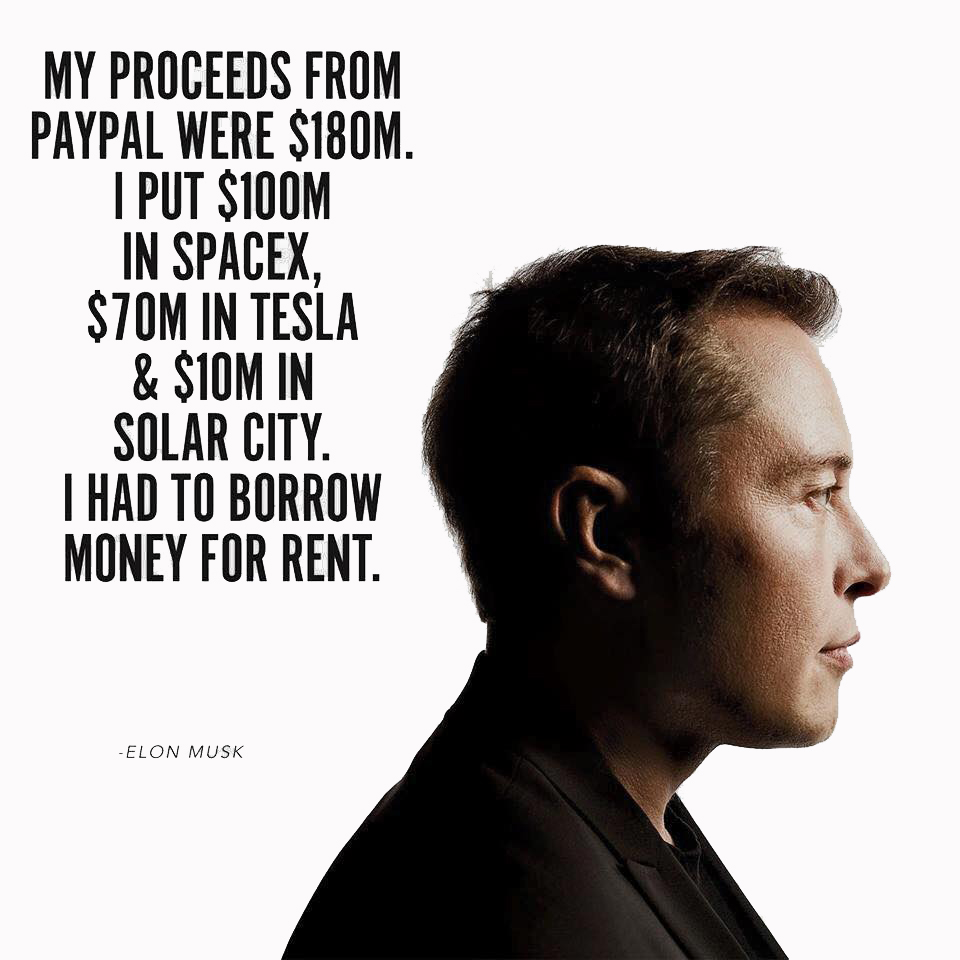 You Are Your Only Enemy

The greatest project you will ever work on, is you. You are your strength but at the same time your own weakness.

Most entrepreneurs have the same initial problem: money, funds, investors. If you’re working with a few friends or co-founders to build something; you can only go as long as your weakest link. Ask them how long they can live without earning anything. You will have to make something happen before your weakest link taps out. You don’t want to be responsible for someone else’s problems.

However if you’re on your own, ask yourself; how long can I do this living on my savings?

In case you’re still working then the question is a bit different. How long can you work for yourself on the side without reflecting your exhaustion during your daytime job? And also, how long can you do both and keep things balanced?

You have to be super motivated but be pragmatic at the same time when your actions involve other people’s lives. 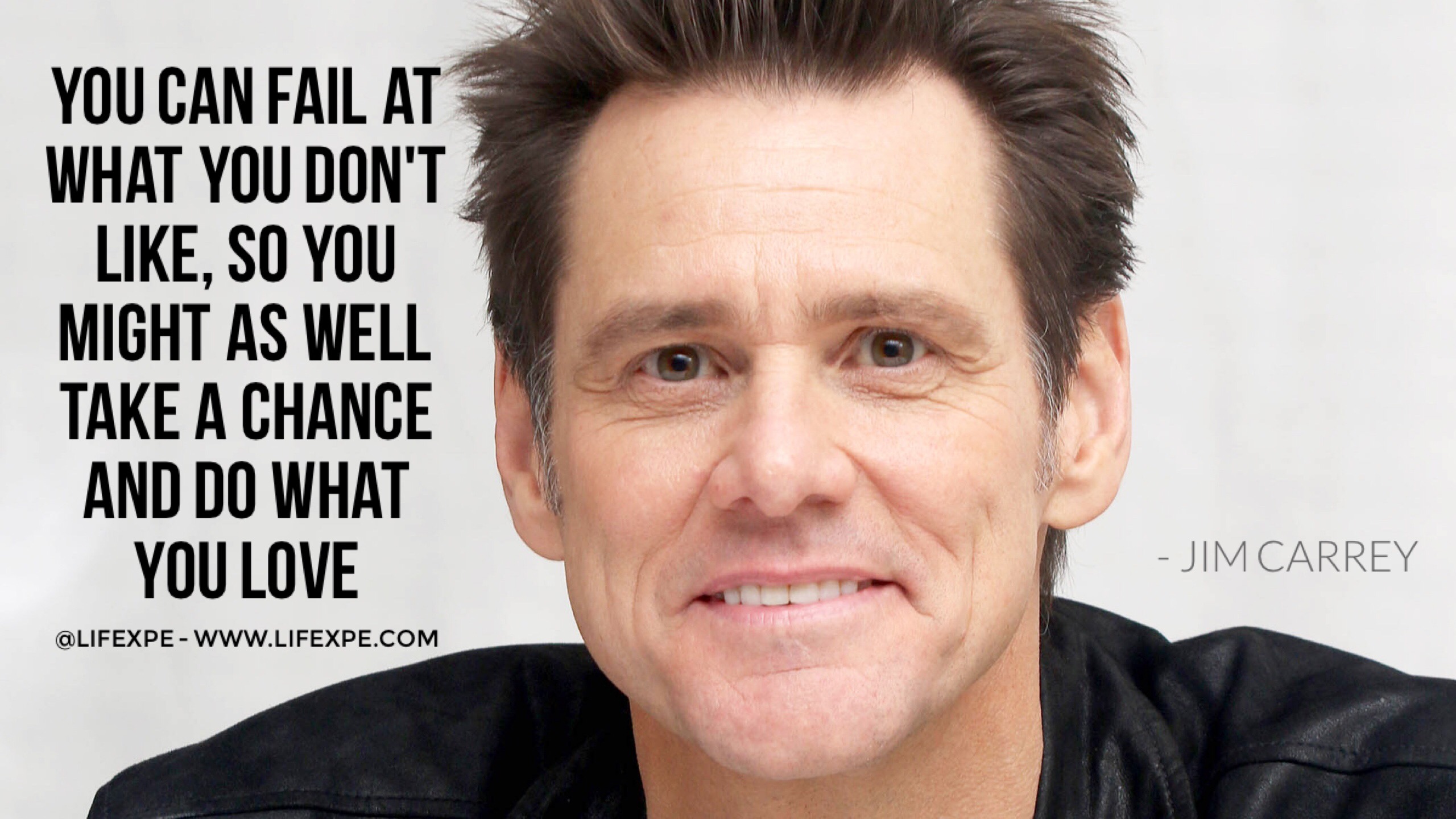 What It Takes To Be Successful

Success is your pie. You want that pie. That sweet potato pie or maybe chocolate? Anything is possible. But you will need to define what you want. What is your success scenario?

Your goal has to be defined;

Now that you have more clarity over your goal, you can now start leveraging your way to get there. Your plan is your recipe. Sounds stupid? I know, but obviously you don’t have your pie yet.

Raw eggs, raw milk, dough, etc. don’t taste good at all when you eat them separately. But once those ingredients are processed into your recipe (plan), they give you what you worked for: your lovely pie.

Most entrepreneurs don’t understand that failure, losing battles or simply the hardships that come along entrepreneurship are necessary, to get that pie.

How To Skip the Small Talk and Connect With Anyone

Wonderful Reasons Why You Should Travel More 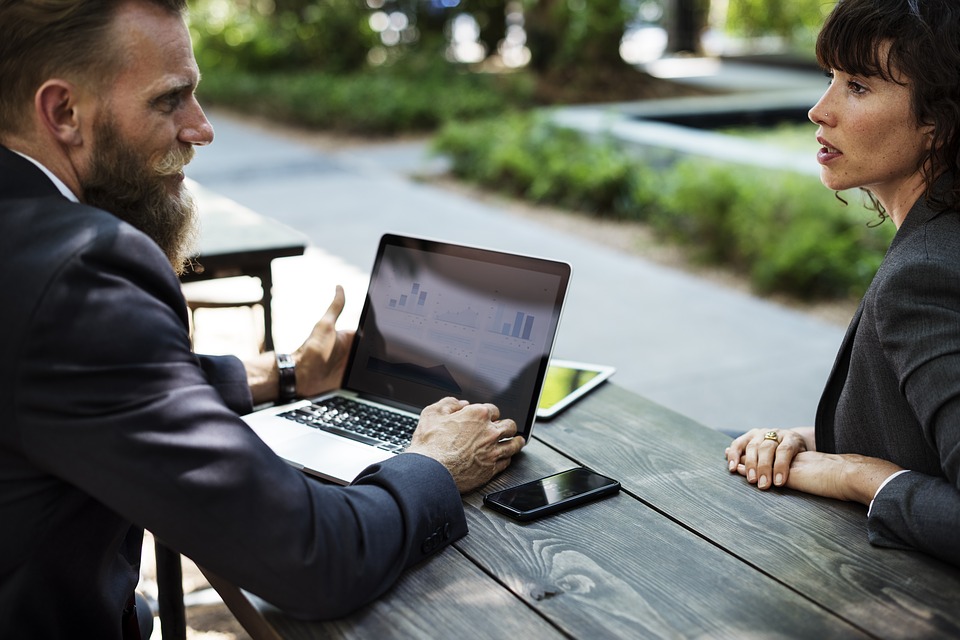 People spend a lot of time dating and getting to know each other before getting married, and you…
byDianaSmith 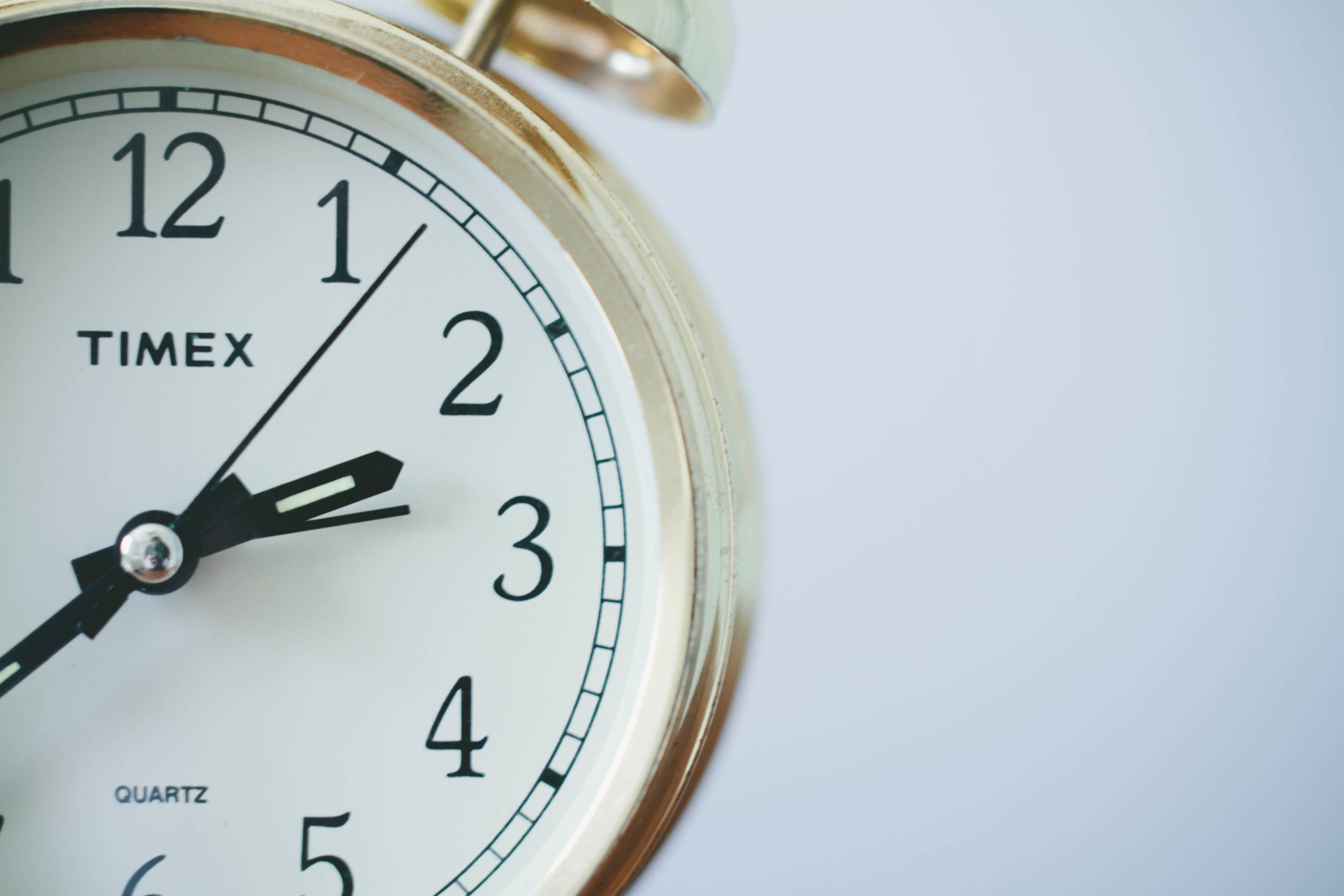 Procrastination is becoming a real problem in the modern world. Various distractions are all around us, and they’re…
byLXP Editors

How To Figure Out The Value Of Your Time As An Entrepreneur?

Effective time management plays a pivotal role in everybody’s life, but it does have great significance for an…
bySophia Jones

Fantasies Vs. Realities of Entrepreneurship

Everybody at some point plans to leave their jobs and to begin with a business. Give us a…
bymawiya